We are proud to announce this year’s keynote speaker is Preston So!

Preston So has been a web developer and designer since 2001, a creative professional since 2004, and a Drupal developer since 2007. As Director of Research and Innovation at Acquia, Preston leads new open-source and research initiatives and helms Acquia Labs, an innovation center architecting groundbreaking projects for clients like the State of Georgia and Nestlé Purina.

Previously, Preston managed the Entertainment Weekly website and led its development team at Time Inc. (now Meredith). He also contributed to the Spark initiative in the Drupal project, operated an award-winning freelance web and print design studio, and directed the most recent redesign of The Harvard Crimson's online edition, producing the first student-designed responsive college newspaper website in the Ivy League.

Preston has presented keynotes at conferences on four continents in multiple languages and spoken three times at SXSW Interactive (2017, 2017 encore, 2018). He enjoys speaking around the world about diverse topics such as user experience, front-end development, open-source innovation, and emerging technologies like blockchain and the decentralized web. A leading expert on decoupled Drupal, Preston is also lead organizer and co-founder of Decoupled Drupal Days, a yearly conference in New York. 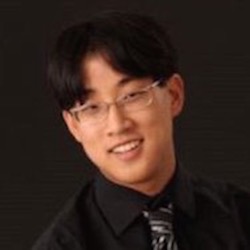 If you haven’t registered for DrupalCamp Colorado, there is still time. Use the links below to register and keep in touch.

We look forward to seeing you at DrupalCamp Colorado 2018, August 3-5 at the King Center on Auraria Campus!

Sign up below to stay up to date with our latest news.